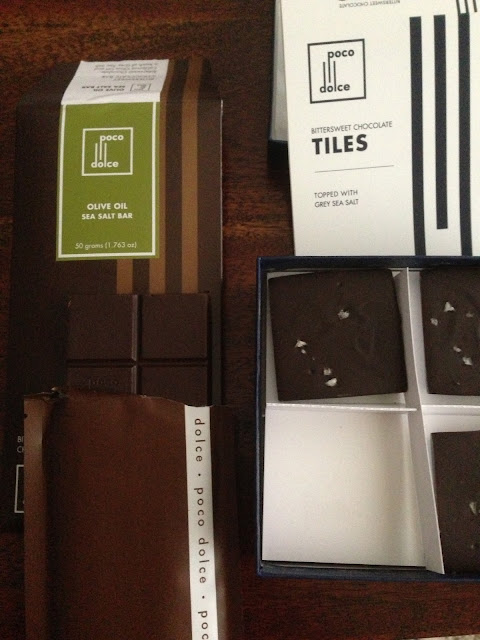 I started this blog without a conscious connection between Bass Guitars and Chocolate, except for the fact that I loved them both, and thought about them with equal amounts of intellect and emotion (or, as composer Alban Berg refers to it,  "the ecstasy of logic"). I think of this process as the Muse (or spark of idea, or whatever) starting the process, not always understood at first, that gets the brain working out solutions that eventually (hopefully) come to some conclusion, in my case a finished "work" (song/painting/house/bass/etc). I have reliably found in my exploration of aesthetic obsession that if I simply trust the direction my interests take, they eventually make sense.

I tried out this explanation of tone/flavor to two different people yesterday. To a fellow bassist and owner of Annex Studios in San Lorenzo, CA, I described the tone of the Precision bass I had recently built (see April 2013 post) as rich and full with a bit of bite without distortion, but that I was interested in swapping out the capacitor with some Russian oil-in-paper caps to find a hint more creaminess. To Kathy Wiley, the chocolatier at poco dolce in the Dogpatch section of San Francisco, all I had to say was that the tone is currently like her bittersweet chocolate TILE topped with grey sea salt, but I wanted more of the Olive Oil with sea salt texture.

This is redundant. When I told each person about my tone/chocolate connection, they too seemed to understand. Words are only representations of ideas in our heads, and are not equipped to express every feeling we have. But when it comes to tone, chocolate can.

I am also still unable to get the flavor of the Steinway Hamburg Model D that I played in San Jose four days ago out of my head. I was killing time walking Santana Row (just like The Grove in Los Angeles, but with a Tesla showroom), and noticed a local piano shop across the street. My piano search of a few years ago (resulting in the Baldwin in my living room, also coincidentally enough from San Francisco) educated my piano palette, and this Steinway was exquisite, with a definite EURO vs. US Steinway tone. Just like sense memory of a food you tasted as a child, I was immediately taken back to recordings of Walter Gieseking playing Beethoven, as heard by me from scratchy LPs on headphones at the Springfield, MA main library in the mid-1970's (OK, these were probably recorded on Bechsteins, but the tone was very similar). 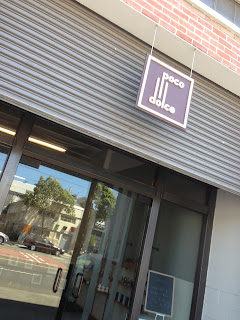 San Francisco certainly seems like the epicenter of tone these days; I also had a chocolate drink from ChocolateLab around the corner from poco dolce (not bad, slightly more pleasant that the one from Bittersweet Cafe, possibly in the 60% solids range instead of the 70's). I even drove by Guittard's factory in Burlingame - like many Yelp reviews have noted, it's just like the fabled Wonka plant, in that the air is full of chocolate, but it's locked down like a fortress and they won't let you in.

I also made an obligatory stop at Tartine Bakery for their amazing euro-style chocolate cookie (flat and crispy, not like US-style half-baked cookie dough variety). I am usually there later in the day, and this time they still had a mound of fresh croissants, the subject of another obsession my wife and I share. It did not disappoint - amazingly crisp on the outside, moist and rather substantial on the inside (a bit heavy, actually, better for sharing, must bring the wife next time). It rates second only to Maison Giraud in Pacific Palisades; either rival any in Paris, and both would compliment the drinking chocolates I have had in the last couple of days (too bad Maison Giraud makes only a weak, dairy-laden hot chocolate). 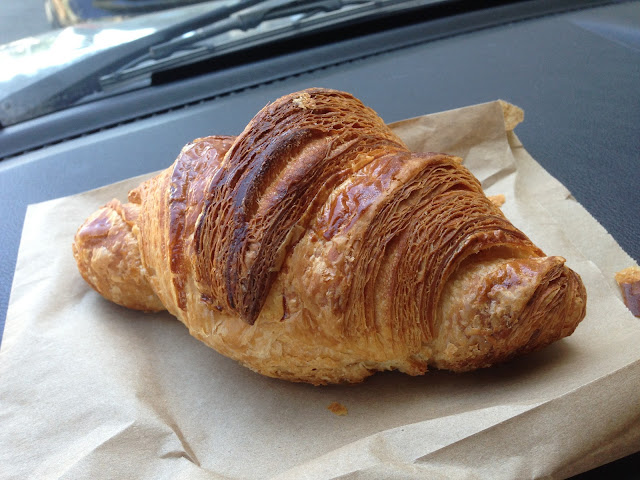 Posted by Joel Pelletier at 9:02 AM